You are here: Home

One of the Regional Center's activities in Cacak is the encouragement of teachers to organize professionaly.

THE EXPERT BOARD FOR CIVIC EDUCATION

On the initiative of the Regional Center – Cacak, on Saturday, 10 October 2007, the expert board of civic education teachers-lecturers for the District of Morava was established in the RC offices. The expert board's goals are as follow:

Socializing of teachers on 10 November 2007 was marked with a very good mood. Teachers read and recited their poetry. Milivoje Trnavac promoted his ''An Anthology of Teachers' love poetry''. The meeting was magnified by the performance of the KUD Abrasevic chorus.

The meeting of religion teachers of Cacak, held in the Regional Center on 24 November 2007, was informal. They considered the possibility of introducing all the teachers with the program of religious teaching.

THE EXPERT BOARD OF INFORMATICIANS

THE SERBIAN LANGUAGE AND LITERATURE

The expert board of the Serbian language and literature teachers in the District of Morava was formed on 15 December 2007. Olivera Krupez was elected a president of the board, while Olivera Labudovic was elected her first assistent. The editorial staff of the future magazine of Serbian language teachers', under the leadership of Sladjana Lisanin and Danijela Kovacevic-Mikic, was also recruited.

The expert board of art teachers in the District of Morava was formed in the Regional Center, on 15 December 2007. The association was supported by the Art gallery ''Nadezda Petrovic'' and a famous Serbian painter, Bozidar Plazinic, who gave a speech to the present company. The painter developed the idea about forming art colonies in the Morava District villages, with the result of increasing the number of pictures in the village schools. The president to the expert board is Snezana Biorac, while Predrag Tesic is her chief assistent.

THE EXPERT BOARD OF GEOGRAPHY TEACHERS

THE EXPERT BOARD OF THE HISTORY TEACHERS

THE GATHERING OF MATHEMATICIANS 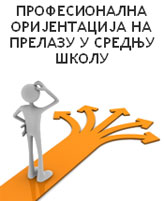